Can UK companies rebuild the world?

It’s been a tough few decades for the UK stock market, or indeed any major market, to keep up with the performance of the US market driven by tech stocks. The explosive growth and investor appetite for large tech stocks has left the big beasts of the UK index such as banks and tobacco companies lagging far behind. But behind the façade of these index heavyweights, and despite the US head start, there are a whole host of UK-listed companies with fantastic structural growth, whether be that in technology-enabled platforms, in-demand consumer products or green energy and infrastructure solutions.

The focus on investment in virtual assets has come at the expense of investment real assets. Tech platforms such as Airbnb, Uber and Expedia have increased the utilisation of existing assets, not the creation of new ones.

The switch of investment from the physical world to the digital has also undermined investment in public infrastructure. The developed world has failed to keep its physical public assets in good order:- and its infrastructure is starting to creak. However, investment cycles don’t last forever. Coming out of the pandemic there has been a politically-led acceleration in demand for the products and skills needed to upgrade infrastructure assets. The good news for UK equity investors is that this is an area in which UK companies excel, and there will be considerable growth opportunities over the coming decade.

The World Bank anticipates that the global gap between planned spending and necessary spending on public infrastructure over the next two decades is close US$18 trillion.  And it’s not just road and rail:  in London, 50% of water pipes are over 100 years old. In New York, the average gas main is 63 years old.  In addition to the day-to-day inconveniences of late trains and lengthy traffic jams, there are more serious frequent power cuts in parts of the US. The tragic collapse of the Morandi Bridge in Genoa alone highlights the adverse consequences of failing to repair public assets.

It’s not just that assets have suffered wear and tear over the years:  public spending on infrastructure has failed to meet the demand of growing populations who have migrated to cities and are increasingly mobile, and are consequently heavy users of transport and utility infrastructure. In addition, the need to use more renewable energy sources requires investment into both generation and distribution.

However, help appears to be at hand.  While it may be natural to feel sceptical about political manifesto promises, there appears to be a real intent globally to increase spending on public infrastructure. The US Senate has recently passed a bipartisan infrastructure bill that will add an additional US$550bn of spending, spanning across the remainder of this decade.  This figure includes US$110m for highways and bridges, US$105 into transit, US$55n on water, US$65m on communications and US$73m on power. It is estimated that the highway contract authority will receive an incremental $74.3bn between 2022 and 2026 – a 50% increase. To give an idea of the magnitude of the increase, total federal spending in 2022 alone is expected to be 38% higher than the previous year. The increase is a third larger than all previous increases in the last 16 years put together. Put simply, we have not seen such a planned increase in spend in living memory. And it’s not just the US: Germany is undertaking a major infrastructure upgrade running to 2030; the French transport budget has recently been increased by 17%; and the UK Government’s “Build Back Better” strategy forecasts a 20% increase in capital spending.

While the West is about to embark on a major infrastructure spending cycle, developing nations continue to spend. It is worth remembering that the global population is expected to increase by another two billion by 2050, 70% of whom will live in cities which themselves will have grown to accommodate a 40% increase in urban populations by 2050. Building projects don’t necessarily begin straight away, and many planned projects will never come to fruition. Nevertheless, over the next three to four years the world is likely to see a boom in infrastructure spending.

This is where UK listed companies step in. The UK remains the home of the world’s largest mining companies, such as Anglo American and Glencore, who will supply the copper and cobalt needed for energy transition. Aggregates businesses, such as CRH, supply the 25% of the US’s asphalt that will be used to build new roads. UK-listed Ashtead is a leader in the rental of equipment to the US construction industry such as aerial work platforms, forklifts and earth moving equipment. The UK market also has great deal of engineering expertise. When Canada needed to upgrade some of its Victorian water systems with new pipes, pumping stations and treatment plants, it hired UK- based Wood Group to design and engineer the improvements. When China needed to address signal failures on its high-speed trains it used advanced connection products made by the UK engineering company Smiths Group. Even in the perceived dull world of UK utilities, it is National Grid that will be providing the much-needed upgrade to gas and electricity networks in New York, where it plans to spend around £17bn over the next five years. And it is SSE that is building the world biggest offshore wind farm at Dogger Bank as the UK overhauls its energy infrastructure.

If the world really is going to build back better, UK-listed companies are going to play a major part. That could mean a global equity market no longer led by US tech companies on eye-watering valuations, but one led by resources and engineering companies who can provide the raw materials, design and construction skills to build and overhaul the world’s infrastructure – capabilities which many UK-listed companies have in abundance. 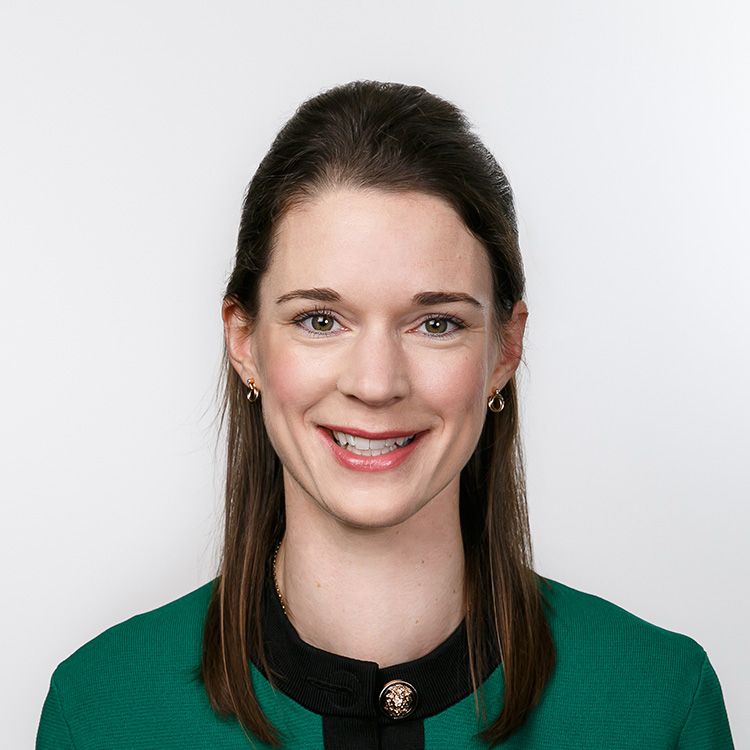 Rachel co-manages the JOHCM UK Opportunities Fund alongside Michael Ulrich. Rachel has been working on the UK Opportunities strategy since she joined JOHCM in 2012. Prior to joining JOHCM, Rachel worked for Goldman Sachs where she was a Lead Sector Analyst in the Global Investment Research Division. Before that she worked as an Analyst at Stifel and in Global Banking and Markets at RBS. Rachel holds an MA in Geography from The University of Oxford and is a CFA Charterholder.

If you would like to get in touch, please fill in the form below.

Michael co-manages the JOHCM UK Opportunities Fund alongside Rachel Reutter. Michael has been working on the UK Opportunities strategy since he joined JOHCM in 2015. Prior to joining JOHCM, Michael spent nine years at F&C where he built a strong track record as lead manager on a number of concentrated UK Equity portfolios. Before that he worked as an analyst and fund manager at Deutsche Asset Management. Michael holds an BA in Law and Politics and is a CFA Charterholder.

If you would like to get in touch, please fill in the form below.